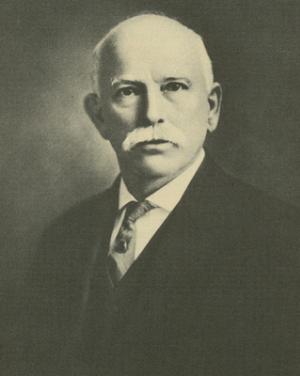 William Seneca Sutton joined the university as an education professor and was integral in separating the School of Education from the College of Arts. In 1909, he was made dean of the School of Education and would serve in that role until President Robert Vinson resigned. Sutton was elected acting president and spent the remainder of his tenure fighting budgetary battles. During the summer, the Administrative Council had a very difficult problem keeping the teaching force and salaries intact. In the book “Fifty Years on Forty Acres,” author T.U. Taylor wrote, “The salaries amounted to $14,000 more than the Legislature appropriated but after two weeks hard work the Administrative Council succeeded in balancing the budget by assigning certain salaries to the ‘Available Fund,’ especially those connected with the repair of buildings. The budget was finally balanced and Dr. Sutton had the united support of all members of the Administrative council. Several promotions were made and everyone was happy.” In 1927, Sutton was made dean emeritus. He died in 1928 and was buried in the Texas State Cemetery.