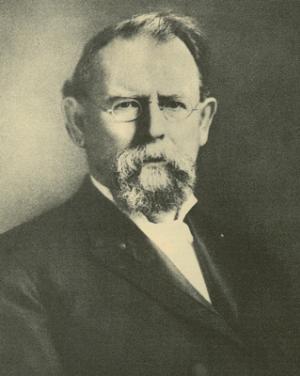 William Prather, who had served 12 years on the Board of Regents and was its chair, was selected to succeed George Winston. Prather was the first president to have grown up as a Texan. Prather had practiced law in Waco for 28 years. Under his administration enrollment increased, and the institution won favor with the Legislature.

It was Prather’s presidency that led to one of UT’s oldest traditions. He thought that the president should promote the university, that the university should serve the state, and that the students should remember that the state looked to them for leadership. His reminder "The Eyes of Texas are upon you" gave rise to the university song.

Prather died in office at age 57.

© The University of Texas at Austin 2022