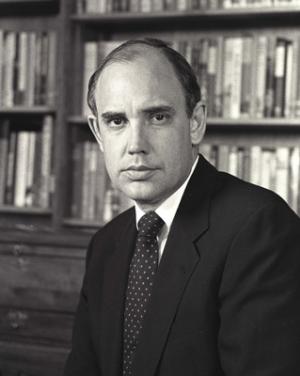 William Cunningham was 40 years old when the regents selected the dynamic dean of UT’s College of Business Administration to lead the university.

While president, Cunningham led an effort to reduce enrollment and the student-faculty ratio. Faculty research grants grew to $170 million annually. The administration allotted $4.7 million annually for minority scholarships, more than any other school in the nation for that purpose. By 1992, the university had established 1,071 endowed faculty positions with a value of $282 million. After seven years as president, he joined the UT System as its chancellor for eight years.

Cunningham holds the James L. Bayless Chair for Free Enterprise in the McCombs School of Business and teaches corporate governance at McCombs and the School of Law. Cunningham attributed his lifelong interest in business to his father, who was a senior executive at General Electric.