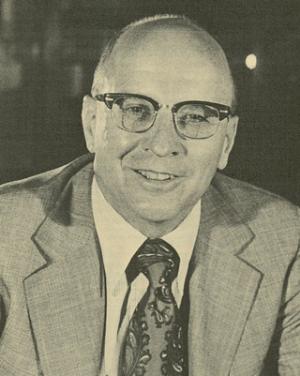 Steve Spurr, a forest ecologist, was appointed president and a professor of botany and public affairs at UT Austin in 1971 after serving as dean of graduate studies at the University of Michigan.

He was born in Washington, D.C., and enrolled at the University of Florida at age 16 under the condition that he would integrate study of the natural sciences. There, he completed his bachelor’s degree in botany. He completed his master’s and doctoral degrees at Yale University.

At UT, Spurr focused on recruiting minority students; support for environmental studies; and making the university’s academic standards more rigorous. He was forced out as president after “too short a period for many of Spurr’s high hopes for the university to materialize,” the Faculty Council wrote after his death in 1990. He remained at UT as a professor until his retirement in 1983, when he was designated professor emeritus.