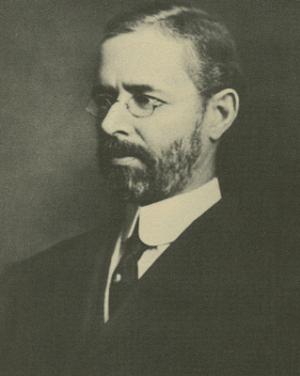 The son of a Spanish-born forty-niner, Sidney Mezes had earned his doctorate at Harvard University and taught at the University of Chicago before coming to Austin as an adjunct professor of philosophy in 1898.

He quickly advanced through the ranks and would become a productive president. In his six years as president, the university added the Department of Extension, the Bureau of Economic Geology and a new library; the number of students enrolled rose from 2,574 to about 3,000; and the Legislature passed a law changing the terms of regents so that a governor could not name the entire board during one term in office. When he resigned, the regents asked him to put his thoughts on the university’s growth and future down on paper, resulting in the book “The Future of the University of Texas.”

Mezes left UT to become president of the College of the City of New York. While there, President Woodrow Wilson appointed Mezes to head a task force at the Paris Peace Conference at the end of World War I. His research culminated in Wilson’s famous Fourteen Points.