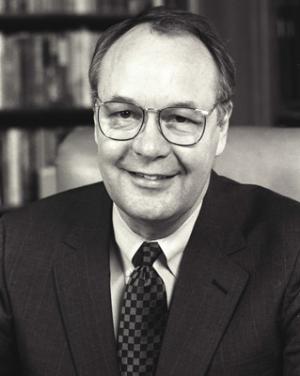 As president, Berdahl commissioned a master plan for campus construction to try and set a more cohesive look to construction and renovation after several decades of a stylistic free-for-all. A great challenge during his tenure was dealing with fallout from the appellate court case of Hopwood v. Texas, which banned consideration of race in admissions and was later interpreted by the attorney general to include even financial aid. His presidency also saw the end of the Southwest Conference and the formation of the Big 12 Conference in 1996. Another legacy of the Berdahl era is the enhancement of UT’s Main Commencement Ceremony on the Main Mall to include symphonic music, special lighting and fireworks.