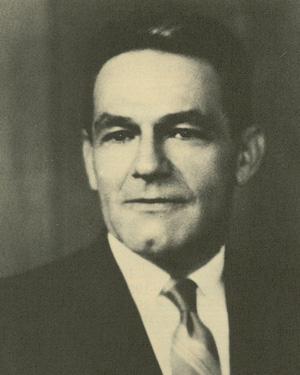 In 1945, Norm Hackerman was recruited to The University of Texas at Austin as an assistant professor of chemistry and would serve in many leadership roles before becoming president in 1967.

A ravenous researcher, Hackerman was not willing to put his scholarly life on the back burner in order to lead the university. He imposed three conditions before accepting the position: He would continue to teach an 8 a.m. undergraduate chemistry course; he would maintain his research laboratory; and he would play squash at 5 p.m. every day. Directness of communication was one of Hackerman’s hallmarks. He once recalled that Harry Ransom, the chancellor of the UT System in the 1960s, never liked to tell people “no,” so they would often leave a meeting under the impression that Ransom supported their request when in fact he did not. When he worked for Ransom, one of Hackerman’s jobs was to tell people clearly when the answer was no. After 25 years at UT Austin, Hackerman was offered and accepted the presidency of Rice University, a position he held for 15 years until 1985.

He taught a freshman seminar at UT Austin through May 2007. He died two months later at age 95.