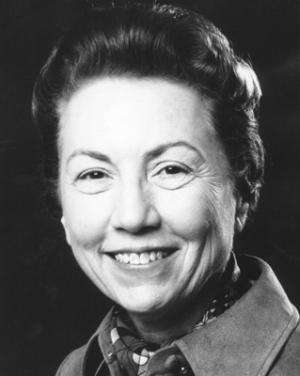 In 1962, a member of UT’s Chemistry Department told Lorene Rogers, “We’ve never had a woman in our department, and we never will.” Undaunted, Rogers, who possessed a doctorate in biochemistry, became a professor of nutrition in the Department of Home Economics. She was a vice president at the university when she was tapped to become interim president in 1974 after the firing of Stephen Spurr. Although the her title as vice president didn’t specify the duties, she handled many of the sensitive issues that faced universities at that time, including in particular those involving affirmative action programs.

Rogers is believed to be the first woman to lead a major university in the United States. Contending that they were denied a say in picking the new president, faculty members and students held protest rallies to force Rogers to resign. Rogers presided over the aftermath of a divisive battle between Regent Frank Erwin and Dean John Silber of the College of Arts and Sciences. She created the College of Liberal Arts, bringing together General and Comparative Studies, Social and Behavioral Sciences, and Humanities. The six years of Rogers’ presidency were highly eventful and saw the faculty gain two Nobel laureates, the campus acquiring the Gutenberg Bible, and Earl Campbell winning the Heisman Trophy.

© The University of Texas at Austin 2021