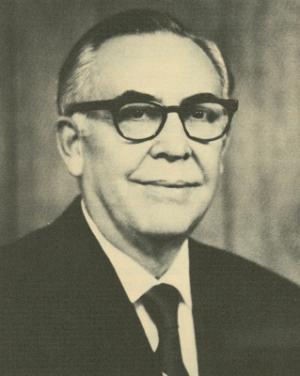 Smiley, a soft-spoken academic with a quiet but engaging sense of humor, was named vice president and provost of UT Austin in 1960 and became president the following year. He was president until 1963, when he accepted the presidency of the University of Colorado, a position he held from 1963 to 1969.

President Smiley was involved in numerous professional and civic activities, including the Advisory Committee for Institutional Relations of the National Science Foundation, the Western Interstate Commission on Higher Education, and the Regional Health Advisory Committee of the U.S. Department of Health, Education, and Welfare. In addition, he was a member of the U.S. delegation to the 14th general conference of UNESCO. He died in 1990 at 80.