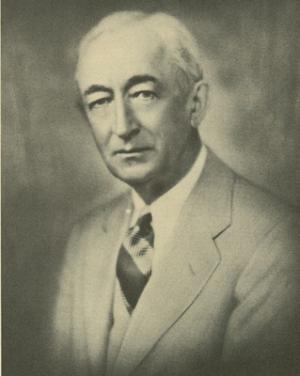 From the age of 5 to the age of 19, John Calhoun attended a log school in Tennessee an average of three months a year. The remainder of his youth he spent working on his father's farm. He entered UT Austin as a student in 1901 but dropped out a year later to become superintendent at Arlington, Texas. When a Dean's Office questionnaire asked for "Facts of interest about your undergraduate life," he wrote in 1913: "One of the most absorbing questions of my undergraduate days was where I would ever get the money to get out of debt with."

Calhoun returned to UT a year after leaving, completing his bachelor's degree in 1905, and never truly left again. Calhoun had been on campus continuously for 37 years and as its comptroller, he took great care of the campus trees, a large proportion of which he brought to campus. A colleague once spoke of him as a "maker of academic shade."