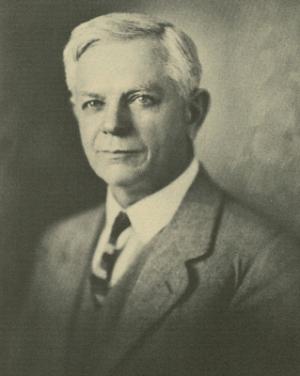 Harry Yandell Benedict holds several distinctions: He’s the university’s longest-serving president, its first UT alumnus to serve as president and the only president to have also served as president of the alumni association. That H.Y. Benedict is the longest serving president in UT history, with 10 years of service, speaks to the pressures and demands of the job. Born in Louisville, Kentucky, it is said that in 1876 at age 7, Benedict convinced his parents to move to Texas. He graduated from UT with a degree in civil engineering, then earned a master’s degree at the University of Virginia and received his doctorate at Harvard University.

He returned to UT to teach math during the President William Prather administration and advanced rapidly through the administrative ranks. Benedict died suddenly in office in 1937. H.Y. Benedict had “The Eyes of Texas” translated into 10 foreign languages. The first concert ever played on the carillon in the Tower was while Benedict lay in state in the university’s gymnasium.