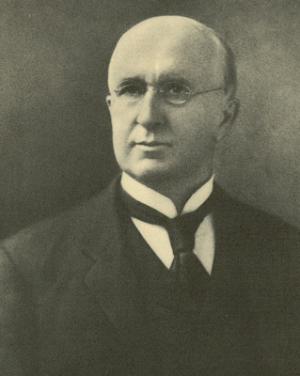 On June 17, 1896, the university’s commencement speaker, President George Winston of the University of North Carolina, stood before the assembled crowd and delivered a powerful speech titled “The Influence of Universities on the Thought and Freedom of a Nation.” He concluded saying, “… let [the university] multiply the facilities for educating the people and the people will recognize its power to mold their destiny. Their sons and daughters will crowd its halls — thousands where now there are hundreds; its campus covered with noble buildings will realize the dreams of its founders, and The University of Texas will become the chief strength and glory of an empire that will stand peerless on the Western hemisphere.” So impressed were those in attendance by the speech, including the regents, that Winston was quickly tapped to become the university’s second president.

During his tenure, the faculty grew steadily as did the number of women students and women staff. He led the revision of curriculum, the University Record was inaugurated and B. Hall and the Main Building were enlarged.

He resigned in 1899 to return to his home state and lead the North Carolina College of Agriculture and Mechanic Arts.