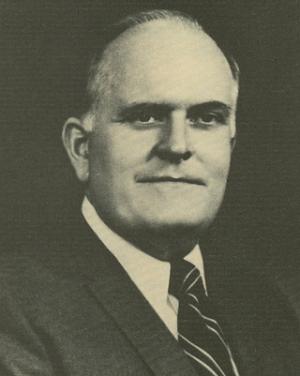 Bryce Jordan, an alumnus of UT Austin with a doctorate in historical musicology, was named interim president upon the departure of Norm Hackerman. He refused on principle to be considered for the presidency.

Jordan went on to become the first president of UT Dallas, and later, president of Penn State, which named its basketball arena for the UT Distinguished Alumnus.